10 Things I Learned as VP of a Struggling Student Org

From Fall 2015 to Fall 2016, I was the Vice President of the IEEE branch at Stout. This experience challenged me and helped me build professional, leadership, teamwork, and technical skills. Though I learned countless lessons, there are ten lessons that stick out.


1. Things never goes as planned
I often had the pleasure of preparing a Linux workshop only to spend the entire workshop troubleshooting random issues on student laptops. Eventually, I created a workshop that was super simple and accounted for EVERYTHING. Everything but the case where we finished way ahead of schedule and I ended up with twenty students sitting around doing nothing.

2. Failure is part of the learning process
I'm a perfectionist. I love to plan for every possible scenario and engineer the perfect solution. Could I have planned many of the workshops better? Absolutely. However, part of the learning process involves failing. Despite my 'failures', I became more confident as a public speaker and Linux user. I also learned how to improvise.

3. Learn to improvise!
Unexpected circumstances are a part of life. For example: I gave the students terminal commands to try out in the Linux workshop when we ran out of stuff to do. Perhaps things didn't go as planned, but the ability to change direction quickly is important if you want to make to most of the situation.

4. Sometimes, it's best to start over
The executive board before Fall 2015 had graduated. This left IEEE in the hands of three inexperienced members. With documentation, meeting minutes, and resources scattered everywhere, we decided to start from scratch. We met weekly and completely restructured the organization. As a result, our IEEE branch became one of the most active in the region.

5. Focus on the essentials first
I'm a dreamer. Sometimes, I get so distracted and caught up in the way things could be that I forget to prioritize the essentials. Luckily, my team members were there to ground me and we were able to create the structure for our org. This lesson has made me a better engineer and taught me the value of creating a basic prototype and building up.

6. No (wo)man is an island
In Fall 2015, I was one of three regular IEEE members. As VP, my primary responsibility was coordinating workshops each week. Words will never describe how stressful it was. My grades during Fall 2015 reflect how much of time IEEE consumed. Once a few students joined as workshop coordinators, my quality of life significantly improved.

7. Great planning is essential
As sole workshop coordinator during Fall 2015, I planned the schedule on a weekly basis. More times than I would like to admit, I would have to tell the president that this weeks workshop is postponed and we need a new meeting idea. Did I mention it was stressful? To avoid repeating past mistakes, I planned a tentative Spring 2016 schedule before the semester began. By April 2016, we were planning the Fall 2016 semester. This made the semester go a lot better.

8. People will get involved if you give them a reason
During Fall 2015, a major struggle was getting students involved. Meeting attendance was sporadic and we didn't have regular attendees.We eventually created a general board that consisted of workshop coordinators and other non-executive positions. Even students who rarely attended meetings became enthusiastically involved board members that taught workshops and recruited other students.

9. Take your organization seriously and others will too
We actually started Fall 2015 with five board members. Becoming a board member was simple: show up and get a title. After losing two members, we learned that it's better to have an open position rather than have someone who can't fully commit. For Spring 2016, we created applications to join the general board. This resulted in the board members (and everyone else) taking IEEE seriously.

There are many benefits to joining an established student org, but I wouldn't trade my experience for the world. Working with a team to rebuild an organization was a valuable experience most people don't get in college. It made me stronger as a professional and as an engineer.

With each success and failure, I became more confident in my ability to overcome challenges. Being a part of IEEE at Stout was an amazing opportunity. I'm grateful for the experience.
Labels: IEEE leadership Stout teamwork 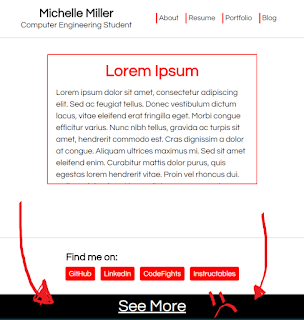